1,356 MAHAK Children Have Survived Brain Cancer during the Past 30 Years 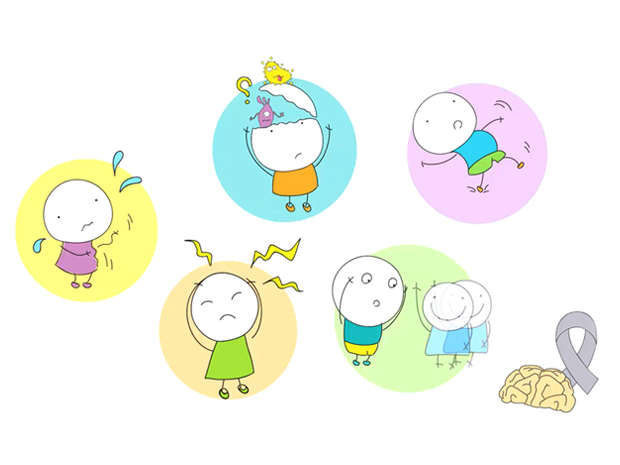 During the past 30 years, over 7,600 of MAHAK children have survived cancer among whom 1,356 children had had brain tumors. Amir who is one of these children has turned 30 with concurrently with MAHAK. He has narrated the story of his journey from the first day until survival.

Amir is from a famous city in central Iran, Kashan. He was diagnosed with brain tumor at the age of 12. At the beginning of the academic year of 2003, he experienced heavy headaches, nausea and vision problems. Amir and his family knew nothing about the cause of these symptoms until they referred to a physician. Amir says:" Right after visiting the specialist and doing some tests, I was diagnosed with brain tumor and became a member of MAHAK to get supports. I had a surgery in a Hospital in Kashan and went to Tehran for radiotherapy after a week. We stayed at MAHAK residential center to pass the treatment process with less anxiety. A month later, we returned to our city and I passed 6 rounds of 45-days chemotherapy. Finally, after enduring 14 years of illness, I recovered and I have not seen any symptoms of recurrence or side effects of treatment in my body to date.

When Amir's parents referred to hospital for treatment and surgery, the necessary information about the cancer was provided to them by the physician and MAHAK's social worker at Shahid Beheshti Hospital in Kashan. They even told the parents that Amir had to undergo a high-risk surgery after which he might be paralyzed on one side of the body. The presence of support services staff along with the medical team makes the psychological crises be manageable for the child and the family, and the hope for the future in spite of bad news make it easier to overcome the situation. Fortunately, Amir's surgery completed successfully with no side effects.

He continues: "At that age, I had no idea what is cancer and it was quite a challenge for my family to explain it to me. So, I heard the name of cancer as a disease from my doctor for the first time when I was diagnosed with pelvic tumor in 2017. That same day, my mother told me the story and said: 'Are you afraid of this disease?' I answered: 'I am not afraid of it. I know about it and I feel stronger than ever now.' I finally recovered that year."

MAHAK's 30-year-old son continued his education during treatment process and now he has been working in field of his study, computer science, for 10 years. He told us: "My mother always said: 'This disease is similar to a common cold; it has its own medications; and sometimes a surgery is needed to cure it. You will get better and the only thing you and the family are forbidden to experience is disappointment.' Our family did not lose its heart with the help of the MAHAK, the doctors and my mother."

Over 35000 children have been supported by MAHAK ever since it was founded and 7600 children have survived this disease. Currently, 20000 children are under treatment and hope to have a bright future with the support of MAHAK.