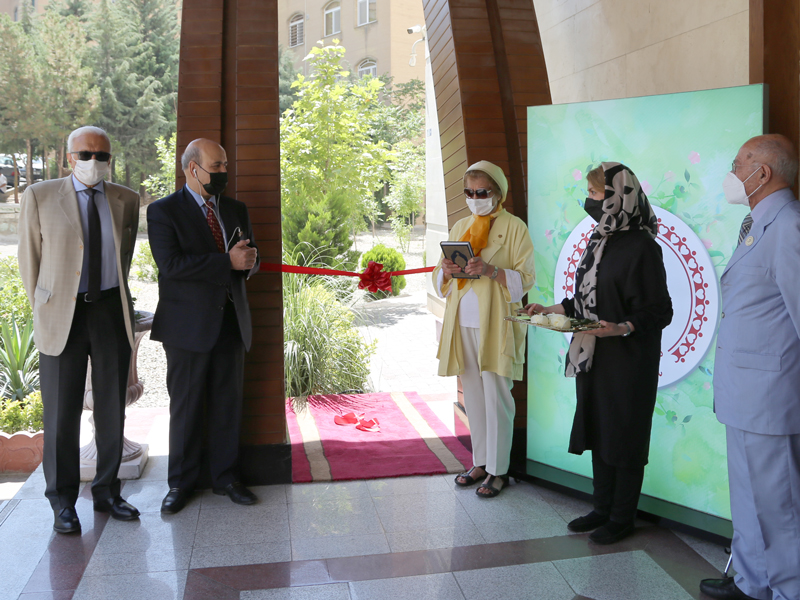 30 saplings were planted on MAHAK's 30th anniversary which took place on the same day as the MAHAK Charity Day. The saplings were planted in the yard next to MAHAK's building number 2. This event was a symbolic action for wishing recovery to cancer-stricken children across Iran numbering over 20,000.
The founder, members of the boards of trustees and directors, the CEO, deputy CEOs, department managers and volunteers of MAHAK all attended the ceremony.
Arasb Ahmadian, Chairman of the Board of Directors of MAHAK welcomed the volunteers and donors of the saplings and stated: “We are glad to be celebrating MAHAK's 30th anniversary with a nature-oriented event. This event shows that integrity and aesthetics have been important to us and are present throughout our actions, as one of the core principles of MAHAK. We hope to start a new chapter in the history of MAHAK and continue to provide better services for cancer-stricken children and their families, as we have done in the past."
Sharif Nezam Mafi, the CEO of MAHAK said: “Societies will progress when they stop planting trees for the sole benefit of gaining shadow from the tree, but rather for a greater good that will have a long-term effect. It is important for us to know that we will always do the best for children with cancer and their families. People will increasingly witness the outcome of our initiatives in the future.”
MAHAK's ‘Shadow Place’ Illustrates its Vision for the Future
Saideh Ghods, the founder of MAHAK mentioned that each tree is a symbol of life, strength, freedom and friendship at MAHAK. She added:"Thirty years have passed, many comrades have come, many comrades have left, and numerous have stayed. We have stayed too. However, there is not much time left for us the founding group. During all these years we have done our best to be a bridge between the kind hands of the benefactors and the feverish foreheads of the little heroes who cannot fight cancer except through the miracle of love. We all know that we should work harder every day to bring health back to children with cancer and peace to the hearts of their families. Therefore, we created this place to become 'MAHAK's Shadow Place’ and I suggest we rename it after ‘Shahla Taheri' (one of MAHAK’s ke founding figures) by planting 30 saplings to show everyone that we are looking to the future. We are looking to the young heroes who, like these little saplings, stand strongly and carry the burden of people's trust on their shoulders. In the years to come, if you find relief in the shadow of these trees, remember us."
June 15 has been entitled as MAHAK Charity Day in the memory of Afsaneh Dabiri Karbassizadeh. She was the benefactor lady who had cancer and decided to make a hospital for little angels who were suffering just like she was. 30 saplings were thus planted as 30 symbolic candles on the cake to commemorate this occasion.
P.S. Ms. Shahla Taheri was one of the first ladies who joined the founders of MAHAK in 1989 (two years before the official registration of MAHAK), and devoted herself tirelessly to construct a place filled with love and support for cancer-stricken children.