Taxi Driver; the Messenger of Hope for MAHAK Children 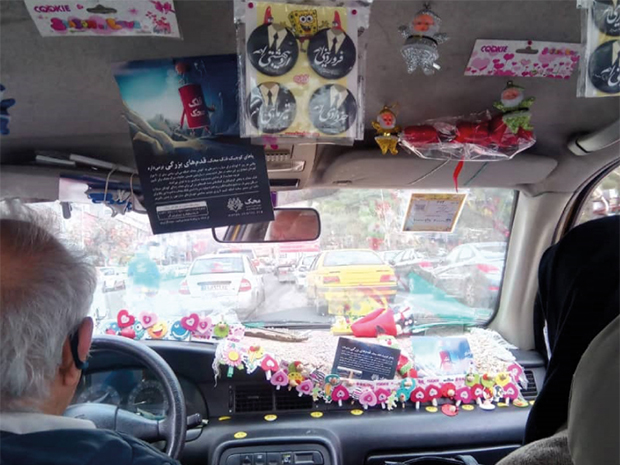 Many of us like to leave our own trace in the world and think that doing this can merely happen by the elite people of the era. We think of ourselves as the ordinary people who cannot have a persistent influence on the planet.
However, the man in the photo doesn’t think so. He hasn’t waited for extraordinary tools or actions to leave an impact in the world. He has devoted a space in his car to colorful signs of MAHAK. If only one of the passengers who gets in his taxi decides to join MAHAK family by the taxi driver’s creative action; he has made his impact.
The kind-hearted taxi driver inspires and motivates us about being influential. We look forward to be able to influence the world we live in; no matter how little or how big it can be.