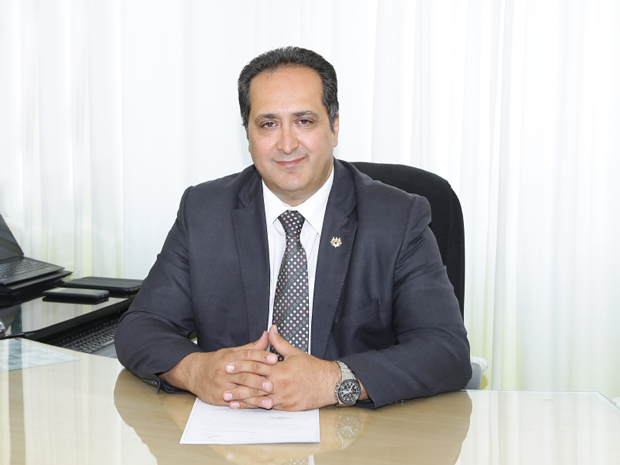 Today, after ten years of volunteer work, 4 years of being the deputy CEO and 15 years of functioning as the CEO, I announce my resignation from this executive position and consensual selection on volunteer basis as a member of MAHAK’s Board of Trustees to all the benefactors whose heart beats for cancer-stricken children.
Relying on the great wishes of its governance body, the generosity of its benefactors, and the operational capacity of its staff, the ever-expanding family of MAHAK has been supporting cancer-stricken children with hearts replete with hope and certainty during the past three decades.
We have experienced recessions, crises, embargos, and economic fluctuations. We have learned many lessons much of which has been put into practice in order to face future challenges with more success. The national, regional and international monitoring organizations have viewed MAHAK's evolving three decades of activity with respect as witnessed by various awards and honors, and memberships in specialized organizations at national and international level.
At the moment, MAHAK benefits from a properly structured executive framework and organizational system which has ensured the realization of the pre-planned goals for supporting cancer-stricken children and their families during the hardest economic years for Iran and  the world, particularly in the pandemic era.
Such achievements are underlined not for boasting but for the assurance benefactors deserve of how MAHAK resources are being utilized. MAHAK has always strived to collect resources in the most appropriate way possible and convert them into the most effective services for its children. All these achievements belong to the members of MAHAK’s ever-expanding family and I believe that by the appointment of Mr. Sharif Nezam Mafi as the new CEO, MAHAK will pursue its continuing success with a fresh perspective.
From now on, I will not have an executive responsibility at MAHAK; however, my heart will always beat for MAHAK and I will closely follow its endless path of success with interest, seriousness and encouragement.
I pay high tribute to and warmly shake the hands of all the benevolent people who stood by MAHAK to achieve its mission of supporting cancer-stricken children and their families during these years.