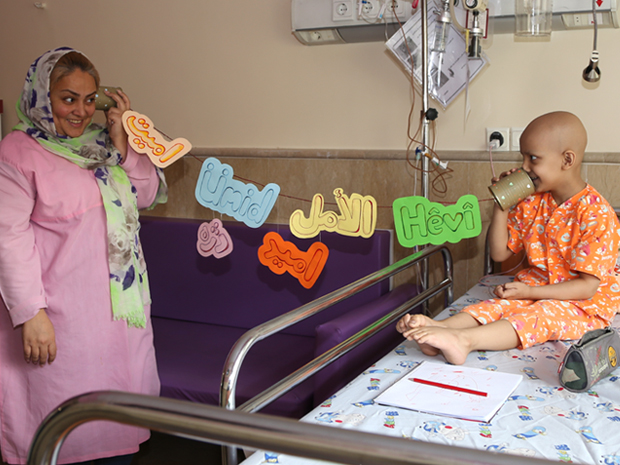 Have you ever thought which language do each of us think in? Do you know which language you are thinking in right now to answer this question? In your mother language! The language we have heard and been in its exposure ever since our birth. Commemorating of the mother language is commemorating our identity, self and the birthplace. Today is the International Mother Language Day. Under the roof of MAHAK we sometimes hear different languages since the mother tongues of some children are different from one another. But they altogether try hard to defeat their diseases while they learn some words of each other's mother languages.
Kurdi, Farsi, Azeri and … Whatever your mother tongue is; think in it today and commemorate it.
Happy International Mother Language Day