I will finally hold a world record in swimming 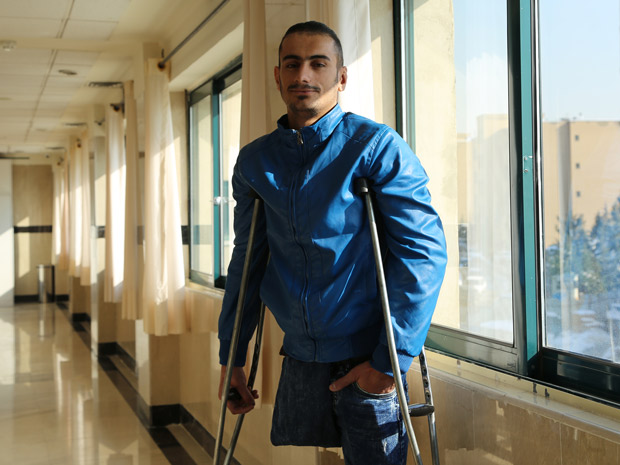 Swimming has an easy and primitive rule. You should not move your limbs and you just have to concentrate to keep your body floating on the water and do the movements. This rule helped me so much in my fight against cancer. Whenever I became tired of the difficulties of the treatment, I told myself: "I should not lose hope and should get ready for the next movements."
Sanan Amini is one of MAHAK children who has had some achievements in swimming. At the time when he had come to MAHAK for his periodical checkup and was making handicrafts in MAHAK's residential center, he told us about his dreams. He has been living with the dream of being a successful swimmer ever since he swam in a small river in one of the small villages of Saqqez (one of the cities in west Iran). When he had to come to Tehran for chemotherapy, the thought of swimming in that cold and clear water made the days of treatment easier for him. Sanan started his treatment at the age of six and he lost one of his feet and a part of his lung however, he overcame the disease and never lost his hope. Today, he is a 26-year-old cancer-survivor and is dreaming about holding a record in swimming in international waters. Under the roof of MAHAK, we believe that with your constant care and support the cancer-stricken children can stay hopeful and have bright futures even if they lose a body part.
International Day of Persons with Disabilities