MAHAK's Mountaineer Boy, the Conqueror of the Peak of Health 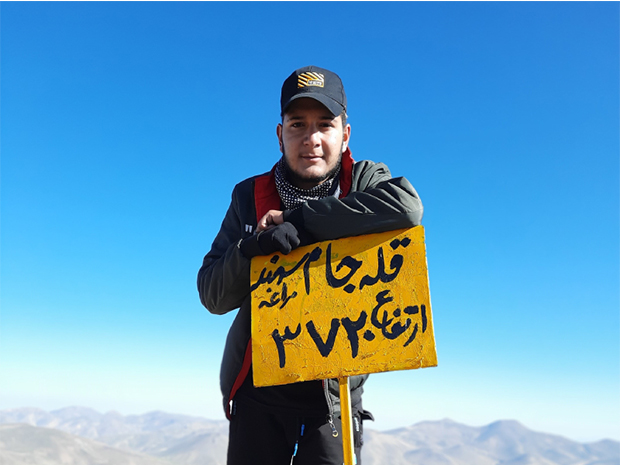 Matin's life changed while he was playing with his friend on a spring day and he was climbing a tree in a park in Mazandaran province. Our little boy's shin got extremely painful as he jumped off the tree. His kind grandmother tried home remedies but to no avail, so they went to the hospital on the following day and the radiography showed no problem in Matin's shin. However, his pain did not get relieved so he had different lab tests according which he was diagnosed with blood cancer.
Matin and his family came to Tehran and his treatment process began at Mofid Hospital. Our little hero took part in the training sessions of Persepolis F.C. team while he was receiving treatment and he became famous as his photo was published in Persepolis newspaper.
Now, he is 20 years old boy who is a cancer-survivor, studying computer sciences at university and is going to get married. Our young taekwondo player is fond of mountaineering which proves that he has learned to be a successful peak-conqueror since childhood.
We, at MAHAK believe that the care and patronage of donors and supporters can help our children regain health. So, stay with MAHAK till then.