Days of Sorrows Will End 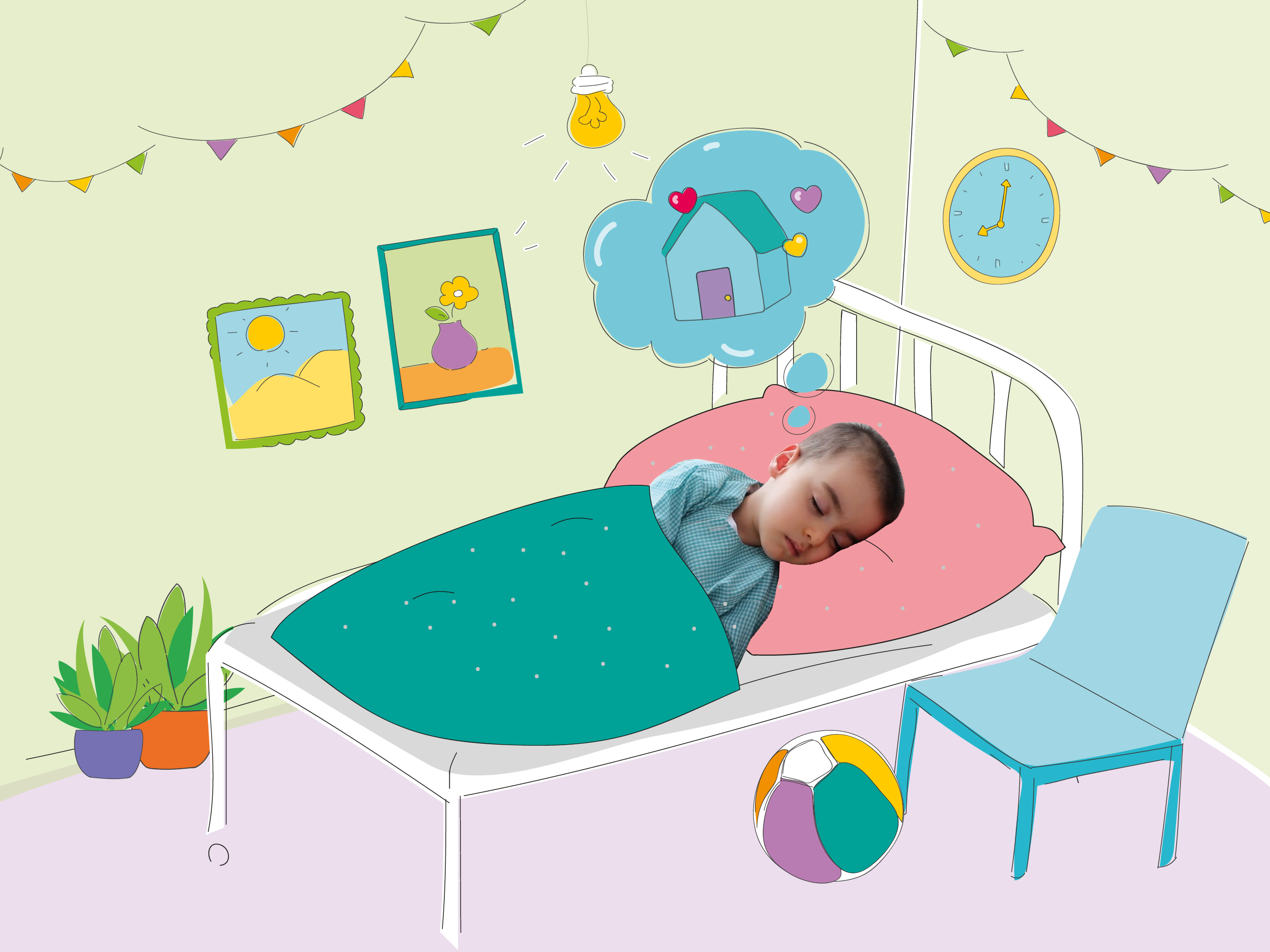 Some small good things in life fill us with joy even though they are such simple things; It's like ice cream, which is good by itself, but it's even better in summer, or a gift, which is good, but it is much better to get it from your grandma, or the lovely smell of new stationery which smells much better at time of school opening.
A lullaby is one of those very good things that is much better under the roof of your own house and Armin is one of the children who is very appreciative of this one. He spent many nights by his father's voice through his mother's phone at MAHAK Hospital, far away from his house. But today, after 3 years and a half, Armin can hear his father’s lullaby while he is at his own bed at home.
After almost three years of cancer treatment, Armin as a survivor and his family regather with new hopes and faiths. Armin's mother emphasizes telling other parents that days of sorrows will end and new life will start again. She wishes strength for all parents to the day that their child also can hear lullaby at their own bed at home.