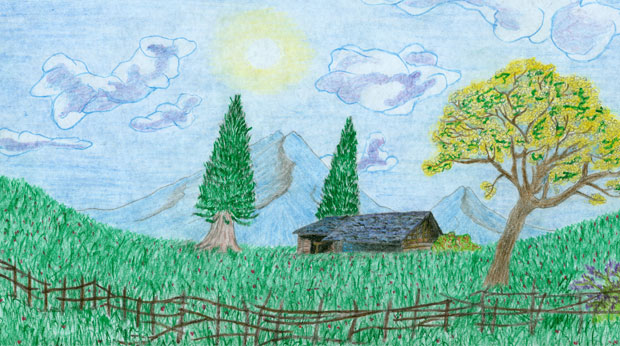 There is a young man who keeps dreaming about rural farmland in Hamedan on the fourth floor of MAHAK hospital. This fifteen-year old man got sarcoma cancer a year and a half ago. Lonely and peaceful, he left his hometown, got on the bus, and came to MAHAK all by himself.
Somewhere else in this crowded town, people in his age are those kids who keep whining and crying for hours just to receive a video game or something. When these kids catch a small cold, all the members of the family and relatives get together to help them get through the boring days of recovery. But Majid came alone and left for his village after Chemotherapy.
Being a teenager, he was too shy to talk to social workers in the first few days. He considered himself an adult. Therefore, he wouldn’t even go to the playroom where he believed was a place for children.
Majid’s father is a farmer, and according to Majid, he is very old. His mother has to stay home and take care of him. His brother goes to work but has his own family to take care of, and his sisters are all younger than him.
Majid only had one dream and that was to recover and work on the farm in his village.