I have become a story-writer in MAHAK 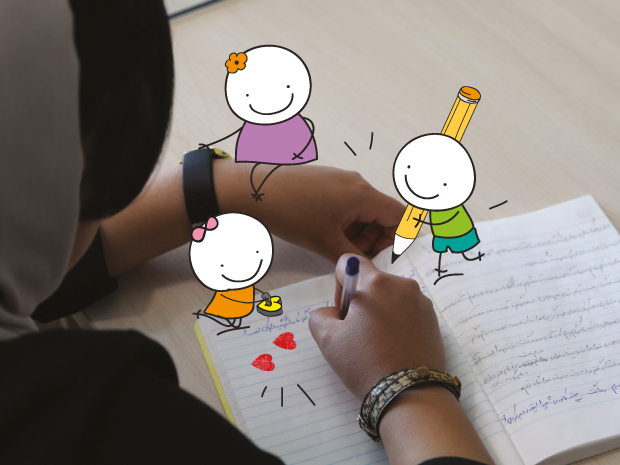 "Have you heard the statement which says: 'There is success after each failure'?
To tell you the truth I didn’t believe in this saying till I came to MAHAK and I learned to spend my time writing stories instead of being desperate and hopeless." Marzieh, who is 17, looks at her notebook and goes on: "I wrote whatever I felt about my disease during the time I was at MAHAK so that all MAHAK children can get encouraged enough to pass the hard time looking forward to a great future ahead after defeating cancer; Just like I crave to write the story of the survival of all MAHAK children in the book I am planning to publish."
Marzieh likes to be a writer in future. She writes her memories under the roof of MAHAK and believes the members of the ever-expanding family of MAHAK are the heroes of her story.