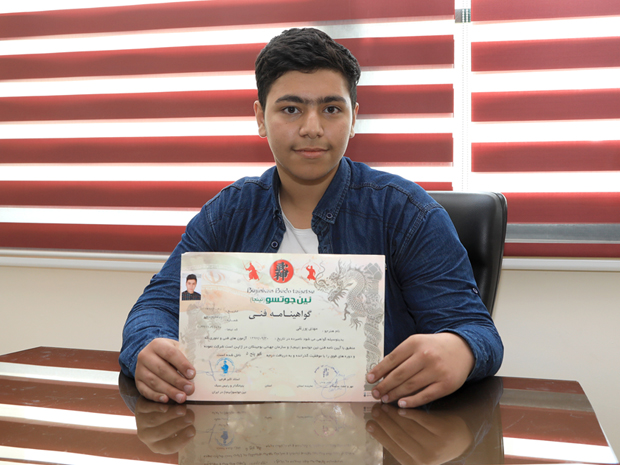 He was 9 when he was diagnosed with cancer and came to MAHAK Hospital.

He was 9 when he was diagnosed with cancer and came to MAHAK Hospital.During his first days he made many friends with the help of MAHAK psychologists who made him believe he could regain his health and follow his favorite sport. Mahdi received several injections every day with the motivation of becoming a champion in early future. Although his vessels were becoming more and more vulnerable he stayed strong by imagining himself in a Ninjutsu uniform. Days passed and he finally overcame the disease and became a professional Ninjutsu player.

Now as a cancer-survivor he comes to MAHAK occasionally for his periodical check-ups. Mahdi wears his uniform at the time of his presence at MAHAK to motivate his friends so that they can overcome the difficulties of cancer treatment and have all their wishes granted.